The integration with Testwell CTC++ enables Imagix 4D to aid in review of the test coverage data. This speeds up the development of test cases and the analysis of performance bottlenecks.
Imagix 4D produces quality checks and software metrics which enable testers and quality managers to identify potential problems during the development and maintenance of software.
Data flow analysis enables you to spot potential runtime conflicts in real-time embedded and multi-tasking, multi threaded software.
Together with the test coverage tool Testwell CTC++, Imagix 4D can be used to evaluate whether your test cases have resulted in sufficient testing.
The goal is to identify the areas of your source code which need more testing, and then developing test cases to cover this areas.
The starting point to aid with this, is the display of Testwell CTC++ coverage results in Imagix4D´s Metrics tool.

After having identified initial targets, the next step could be to review those functions in a Graph window. Function calls are normally used to study the control flow surrounding some set of functions or implementing some funtionality. Through the Testwell CTC++ integration theses graphs can be augmented to show the test coverage results. The resulting displays help to identify areas where several functions with low coverage are clustered. This is often a sign that additional testing is needed. 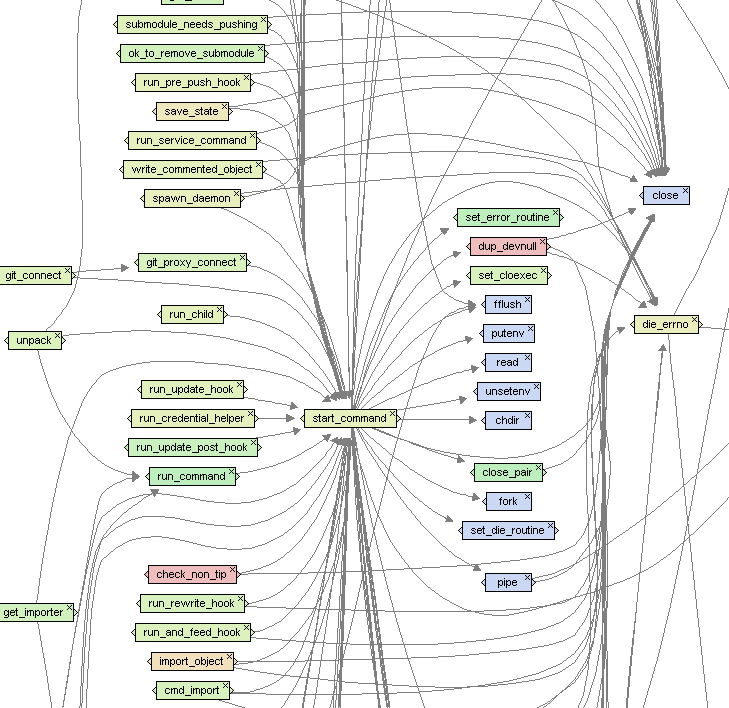 Several layouts for viewing the program flow are available. One of them is the Logic layout chart below which points up the program logic of the function. 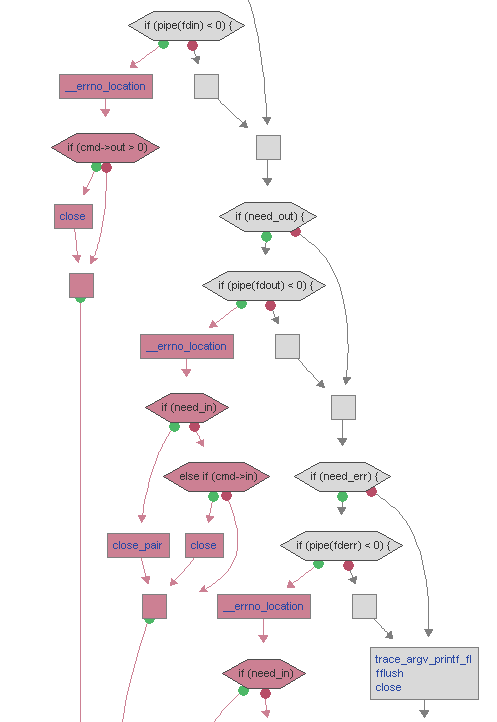 In additon to reviewing and enhancing code coverage, the integration of Imagix 4D and Testwell CTC++ can be used for analyzing performance bottlenecks. 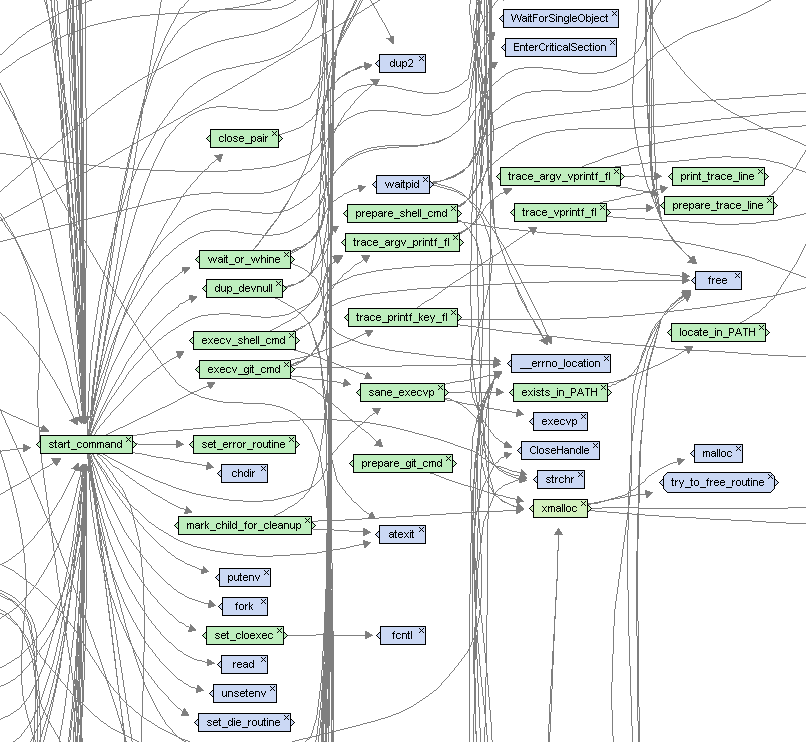 Function Calls graph: colorizing can be based on any of the function level metrics, as is shown here for execution frequency.

With the graphical analysis tool Imagix 4D, reporting of call coverage can be further refined. For that purpose, Imagix 4D offers a plug-in to import and analyze reports from Testwell CTC++. There is a dedicated report showing call coverage as a percentage for every function. Additionally, every possible call that was not executed under test is shown.
Learn more:

Testwell CTC++ is a leading test coverage tool. It works seamlessly with many toolchains, testing tools and test environments.
For tool integrations with Testwell CTC++ please have a look here.

Further informationen about the integration is available from Imagix 4D webpage.